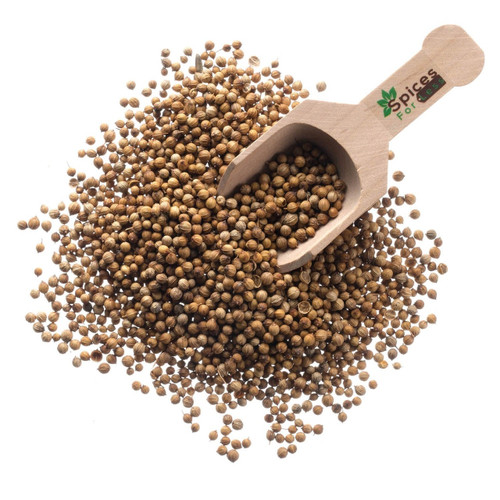 Product Info:
Coriander (Coriandrum Sativum) is an annual herb that belongs to the carrot family. Coriander has a very long history in Southern Europe, the Middle East and the Far East. All parts of this plant are used in cooking. The leaves, known as Cilantro, are used in Middle Eastern and Mexican cooking; the roots are used in Thai recipes and the seeds are used both in their whole, cracked form or ground form. Coriander has delicate light green leaves that look like flat parsley. Coriander is one of the bitter herbs eaten during Passover and Corriander Seeds have been found in the tombs from Ancient Egypt. The leaves, Cilantro, have a faint over tone of Anise. The seeds are reminiscent of Orange Peel and is the portion referred to as Coriander. The cracked and ground seeds are essential ingredients in curries.

Suggested Use:
Use in soups, stews, curries, stir fries, pickling spices and with melted butter on fish and poultry meats. Coriander is a common ingredient in Indian Spice Blends and often used in Middle Eastern lamb and beef stews.

Basic Prep:
Add whole seed to marinades, stews, and soups, or grind seeds in a pepper or spice mill before adding to recipes.