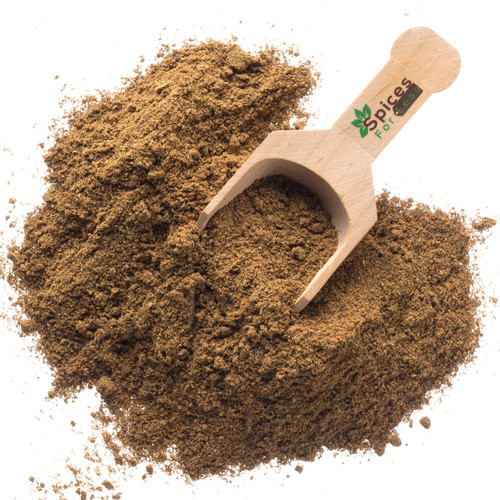 Product Info:
Garam Masala is a classical spice blend from the Indian subcontinent. The word "Masala" means "Spice Blend" and these are the flavorings for the various curries from India. Masala blends differ from region to region and even between individuals. Garam Masala is traditional to North India. Our Garam Masala blend includes the typical ground spices found in this mixture, coriander, cumin, cloves, cinnamon, cardamom and black peppercorns.

Suggested Use:
Garam Masala is usually cooked in curries as the predominate flavoring agent. It can also be mixed with melted butter and spread on meat prior to grilling or a small amount can be mixed with sour cream or yogurt as an interesting dip.

Basic Prep:
Ready to use. Just add to recipes to taste or as called for.