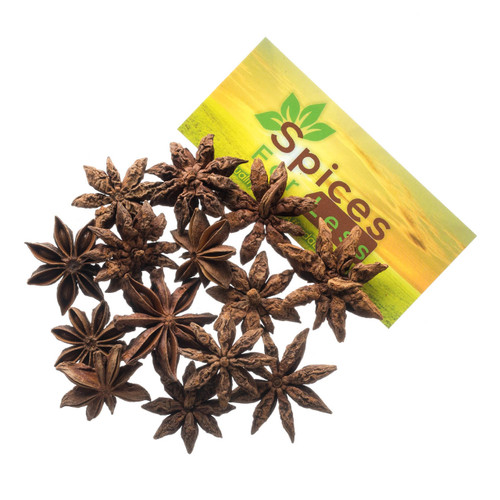 Suggested Use:
Use Star Anise in barbecued or roasted chicken, poached fish or shellfish, light soups based on clear broth, rice pudding, steamed cabbage and braised leeks. For a spicy sweet flavor add a star inside the cavity of a whole chicken or duck before roasting.

Basic Prep:
Star anise can be added whole to a recipe or ground. To grind, use a spice mill or food processor. When added whole, the star may be removed or used as a garnish after the cooking period.