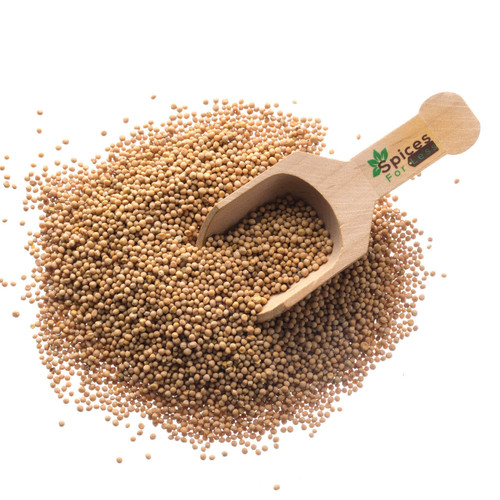 Product Info:
Mustard (Sinapis Alba) has long been used in culinary creations. It is believed to be mentioned in the Bible and was definitely used by the Romans and the Greeks. In the Middle Ages, Mustard seeds were ground and added to wine to make an early version of table mustard. All Mustards derive from three members of the cabbage family, Nigra produces Black Mustard, Juncea produces the Brown, and Alba produces the White. White Mustard bears large yellowish seed that has a mild flavor. This is the Mustard seed that is used extensively in the production of American Mustards.

Suggested Use:
Whole Mustard Seeds are used to make Vinaigrette Dressings, Marinades, Pickles and Chutneys. They're allowed to cool and then combined with other Indian spices for curry and other dishes.

Basic Prep:
Grind fresh before adding to most recipes, using a spice grinder or pepper mill. If toasted, allow to cool before grinding. Can be added whole to pickling recipes