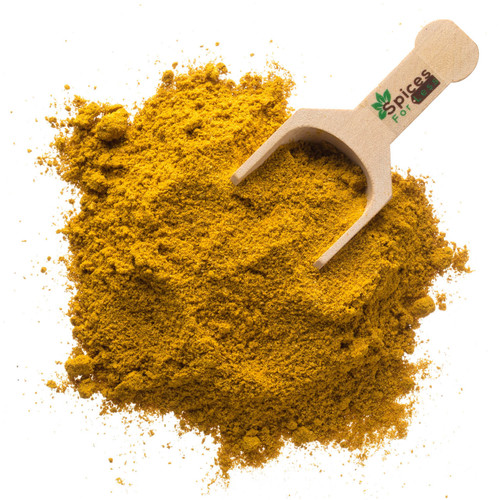 Product Info:
Curry Powder is a mixture of spices used in Indian cooking. The word 'Curry' is of British origin; the blends are known as 'Masala' in India. Curry Powders vary by region, religion and season. Common spices to many Curry Blends are turmeric, ginger, pepper, coriander, cumin and chiles. Often times other savory spice such as cinnamon, cloves, and nutmeg are added. Usually the whole spices are dry roasted together and then ground.

Suggested Use:
Use Curry Powder to season dal, a lentil soup popular all over South Asia. Curry can also be added to cooking vegetables and is great when combined with tomatoes, saffron and cream. Blend Curry with some melted butter and brush on fish before grilling or broiling. Curry is also good on roasted potatoes.

Basic Prep:
No preparation is necessary. Just add to recipes as called for. The amount used varies according to individual tastes and preferences.