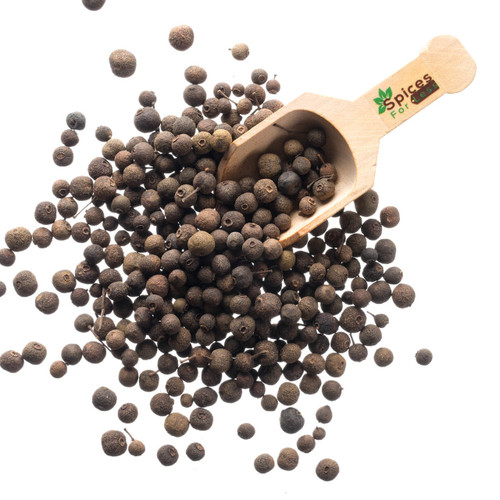 Product Info:
Allspice (Eugenia Pimenta) is native to the Americas and was introduced to Europe by the Spanish. Allspice is the berry of a flowering tree. The berry is used dry and is a deep brown color, small and round, about 1 cm in diameter. The name "Allspice" describes the multiple tones of this berry; it tastes like a combination of Cinnamon, Nutmeg, Cloves and Peppercorns. Allspice is best when ground fresh just before use.

Suggested Use:
Allspice tastes good with most spices. It can be used in pickling, marinades, chutneys, desserts. It imparts a warm flavor and is often associated with autumn and winter fare.