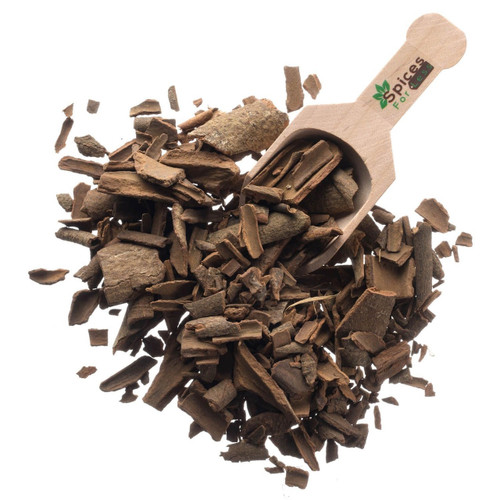 Product Info:
Cassia Bark Cinnamon (Cinnamomum Cassia/Cinnamomum Zeylanicum) comes from a small Evergreen Laurel Tree that originated in Burma. The spice is actually the bark of the tree that is peeled. Once peeled, the outer bark is removed leaving the inner bark to be rolled into a stick. Cassia Bark comes as rusty brown pieces ranging from 3/4" to 1-1 /2" in length with a fragrant, slightly sweet cinnamon flavor. Depending on what region of the world you are from, either Cassia or Cinnamon the authentic spice in your dish. Cassia has a higher oil content than Cinnamon, and the bark doesn't peel and roll easily. Both products come from the bark of the Laurel like Evergreen Tree and have similar flavor profiles. Can also be spelled cinammon, cinamin, cinnammon.