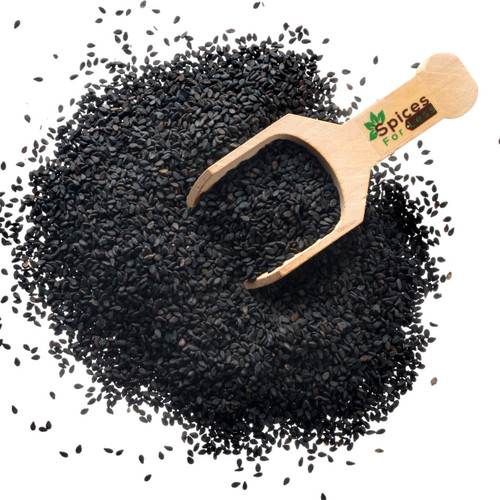 Product Info:
Black sesame seeds grow throughout the Orient and India. Sesame Seeds were brought to American by the African slaves who referred to the seed as the Benne Seed. These seeds are highly valued, being rich in protein and in polyunsaturated oil. These flat, tiny seeds have a rich, nutty, sweet flavor which allows them to be used in many different dishes. Typically, the Sesame Seed is pale white in color, but can also be found black. The Black Sesame Seed is less common and has a more concentrated flavor than the white. Typically Sesame Seeds are pressed into oils or made into pastes to serve as flavoring agents or in sauces.

Basic Prep:
Toast or grind sesame seeds or add directly to your recipe. To toast, heat a frying pan or skillet on high, add seeds and stir occasionally. Watch seeds closely. When the seeds release a toasted nutty fragrance, remove from pan or skillet (about 3-5 minutes)