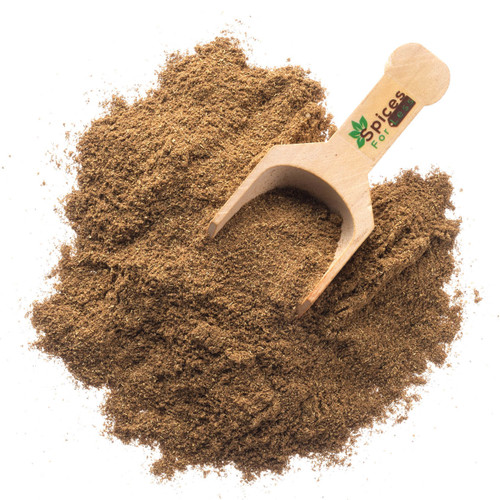 Product Info:
Five Spice Powder is a blend of traditional Oriental spices used in Chinese cooking. Five Spice Powder includes a blend of Star Anise, Red or Black Peppercorns, Cassia (A.K.A. Cinnamon), Fennel and Clove. The blending of these spices offers a sweet, savory, and pungent flavor. This spice blend should be cooked for a relatively long amount of time in order to bring out the complex flavors. In ancient Chinese lore, the universe is composed of five elements wood, metal, water, fir and earth. The ingredients of Five Spice Powder represent the five elements of the earth, creating a harmonious blend. Just as the elements of the universe were carefully balanced, so too did the elements of civil life have to be harmonized. In the preparation of food especially, the proper fivefold relationships had to be created and maintained.

Suggested Use:
A staple in Chinese Kitchens, use it in sauces, marinades and rubs for seafood, pork and poultry. Rub on chicken or duck before roasting to add a spicy-sweet flavor.

Basic Prep:
Use sparingly - the flavor is very potent. Add to recipes as called for. When used in sauces, simmer for a few minutes to allow the flavors to blend. This spice blend should be cooked for a relatively long amount of time in order to bring out the complex flavors.