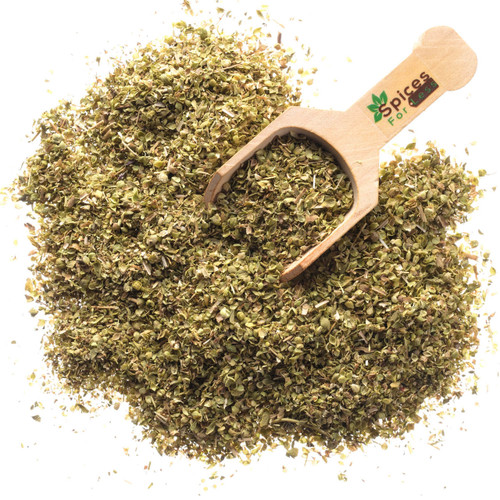 Product Info:
Oregano (Origanum Vulgare) is another herb that comes from the Mediterranean region. The name is Greek in origin and means "Joy of the Mountain," Oregano was long used as a soothing compound for sore muscles.

Suggested Use:
Oregano is most common in tomato sauces such as pizza sauce. Many types of Italian cuisine use Oregano, as do the dishes from Greece, Brazil, Mexico, Spain, Cuba, Colombia and many other cultures. Oregano rounds out the flavor of egg and cheese dishes. It is great in herb breads, broiled vegetables and stews.

Basic Prep:
No preparation is necessary. Add directly to recipes as called for.